Philips cuts 13 percent of jobs in…

UAE President His Highness Sheikh Mohamed bin Zayed Al Nahyan reviewed the details of the Emirates Lunar Mission, which is part of the country’s ambitious space exploration strategy. During his meeting with the Mission’s team in Qasr Al Bahar in Abu Dhabi, Sheikh Mohamed expressed his confidence in the UAE youth’s ability to lead this national mission. This mission aims to reach new scientific horizons to strengthen the UAE’s leadership in outer space. 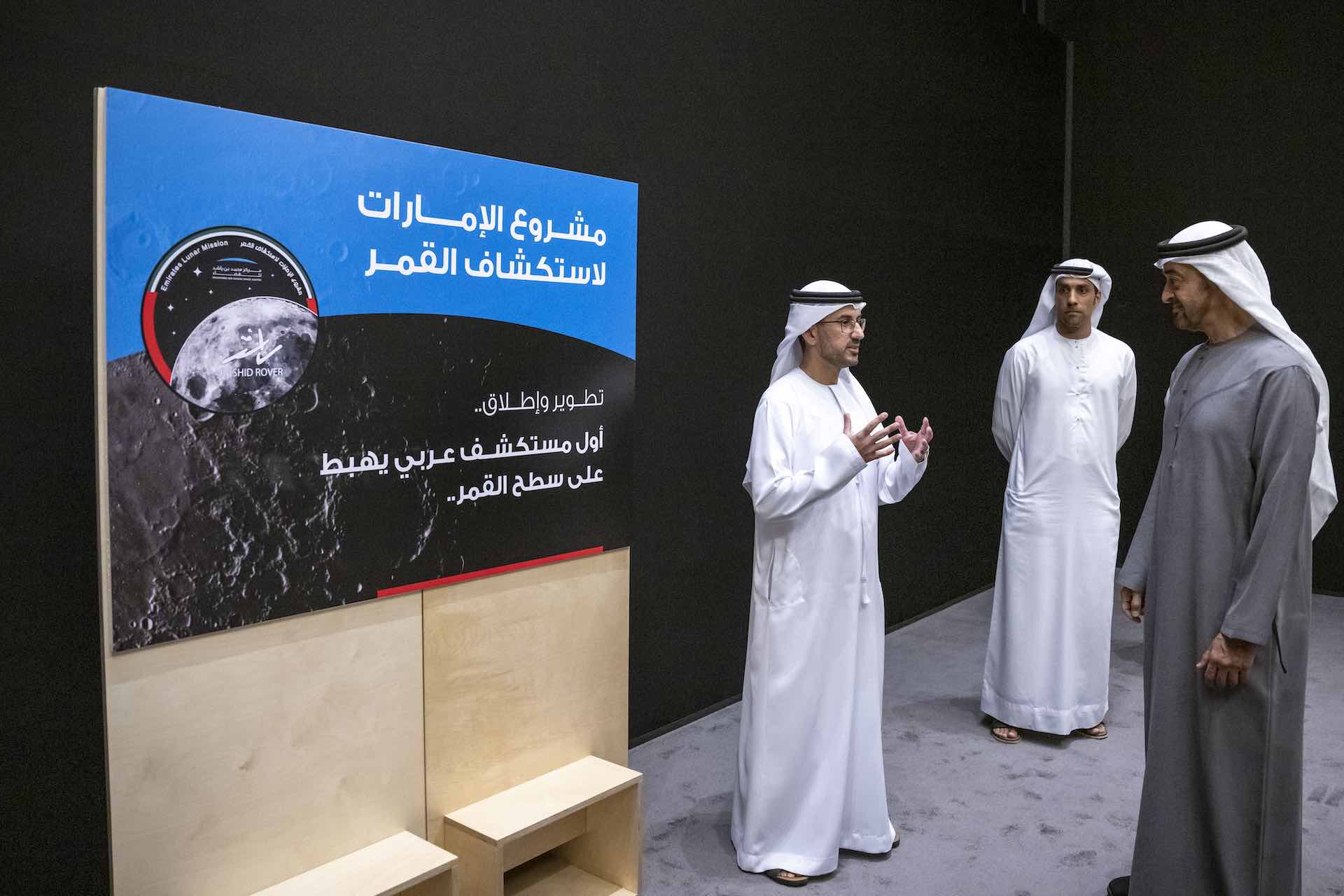 In his remarks, Sheikh Mohamed bin Zayed said: “The Emirates Lunar Mission demonstrates our confidence in moving forward in the field of space. It is a great confirmation that the historic success of the Hope Probe was only the start of the UAE’s journey into space. UAE’s exploration of the moon confirms its belief in science as a path to development and contributes to the advancement of humankind as one of the world’s leading nations in space science.” During his remarks, he praised the UAE national cadres, saying that they are the main engine to achieve all our aspirations and development goals in the coming decades.

Sheikh Mohammed bin Rashid Al Maktoum, Vice President, Prime Minister and Ruler of Dubai, received the team working on the Emirates Lunar Mission. This is the first scientific lunar mission from the Arab world. During his visit to the Mohammed Bin Rashid Space Centre, Sheikh Mohammed bin Rashid signed a part of the Rashid Rover, developed and assembled by Emirati engineers and researchers. He also spoke of his pride in the youth and scientists of the UAE who are responsible for realizing the UAE’s ambitions in the space sector.

Sheikh Mohammed said, “The Emirates Lunar Mission heralds a new chapter in the UAE’s success in the field of space. Our ambition in the space sector has no limits, and our international partnerships during the coming period will be very significant.”

Emirates Lunar Mission includes the development and launch of the first Arab Rover to land on the surface of the moon. The spacecraft will take photos and collect data from Mare Frigoris, particularly the Atlas (crater) area, which will be explored for the first time. Rashid Rover will be equipped with the latest technologies and innovative devices, and it is designed to withstand the minus 173 degree Celsius temperatures on the lunar surface.

The mission embodies the aspirations of the UAE in this field, by collecting images and information that allow the country to conduct comprehensive and integrated studies on how to build human settlements on the moon, prepare for future missions to study the red planet, and provide information to science on the solar system and other planets.

The global scientific community will be able to download about 10 gigabytes of recorded material, scientific data, and new images from Rashid Rover. The mission will observe the plasma of the moon as well as moon dust, the lunar surface, and the interaction between different surfaces with lunar particles.

The technical team responsible for the mission is determined to overcome any challenges and difficulties, which may affect the scientific and research process, such as landing on the surface of the moon. Several countries, including the U.S., Russia, and China, have launched scientific missions to the lunar surface in the past. A number of scientific missions are underway today, led by India and Japan, to study the moon’s surface and explore its data and details.

Earthquake of magnitude 5.1 rocks the Kermadec Islands in New Zealand